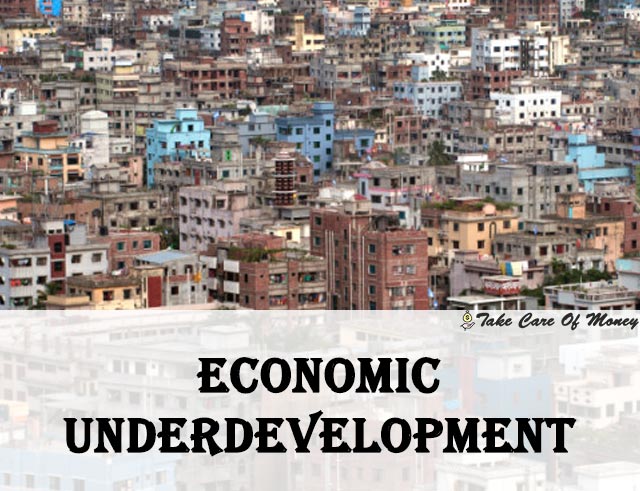 The word economic underdevelopment, is formed by applying the sub prefix, whose meaning is “below”, to the word development, to refer to what is below the development.

In the economic field, we talk about development, referring to countries with certain social welfare obtained thanks to their productive capacity, in this sense, it can be said that there are developed countries and underdeveloped countries.

This is a concept used to mention the situation of a country that does not have the appropriate level of socioeconomic development, that is, it is used to indicate that the development of a given country is below a certain level.

What is economic underdevelopment?

It is the situation of a region or country or region, when its capacity to produce social welfare or wealth does not reach certain levels considered optimal, being in a state of backwardness when making a comparison with the state of more prosperous countries.

It is important to point out that there is no specific criterion to qualify a country as underdeveloped, in general, it is linked to precarious economies, with very low productive capacity, deficiency of public services and a high poverty rate.

It can be determined that a underdeveloped country It is one in which its inhabitants have difficulty and inability to enjoy basic services and elements to have quality of life such as, for example, health services, drinking water, housing, electricity, education, decent employment and sometimes even food.

In general, the underdevelopment It is seen as a qualification of the countries that refers to the lack of productive mechanisms, goods and services, so it is used as a synonym for poverty, since it also implies deficiencies greater than material wealth, such as financial independence, quality of life and social equality.

When trying to find the causes of underdevelopment There have been many theses, most have been unsatisfactory in trying to explain the problem.

For some time, religious and racial criteria were discussed as a cause of underdevelopment, justifying racist and xenophobic ideologies, which are not yet overcome today. However, examples of racially distinct and successful nations in Caucasian Europe are seen, as if to deny this reasoning.

Others pointed to the climate, areas with a harsh climate would have been denied the conditions to form productive agriculture or exploit marketable resources.

On the other hand, historical criteria speaks of colonialism (European and North American) that kept weaker nations in a state of backwardness, countries that after reaching their independence began to compete with great inequality with their former oppressors, who were strengthened with wealth that stripped them years ago.

In short, various forms of collective attitude to the progress that caused some countries to remain underdeveloped.

Why is a country underdeveloped?

It is not impossible for a country to achieve development, for this, it is necessary to overcome some goals, make changes and some time of hard work. In general, an underdeveloped country is like this because:

The consequences can be measured according to the deficiencies generally perceived by the population, at the level of life expectancy, access to basic services, health, education, food, personal freedom, among others.

These consequences are also difficult to control, they are quite clear, they tend to represent the deficiency scheme that originally produced them, such as:

There are multiple theories regarding the overcoming of underdevelopment, some emphasize the historical reparation of developed nations that were oppressors of underdeveloped nations, other theories place responsibility in the country itself and are based on overcoming cultural schemes that in a certain way They symbolize an obstacle to its growth.

The regional unification of underdeveloped countries and the exchange with large economies and their interventionist aspirations are also discussed. What has motivated initiatives of integration policies and common markets with lower restrictions and taxes?

However, the reality is that the solution lies in neglecting the thought that awaits solutions from heaven, cultures that have loaded their problems on others and pretend their solutions are provided by others. It is necessary to increase the capacity to generate wealth, therefore, to produce goods and services that allow the population to improve their quality of life.

Finally, by way of reference, it is worth mentioning the human development index measured by the UN, which includes, among other indicators, GDP, life expectancy, literacy. Indicating as underdeveloped countries with lower development than most nations to Niger, Sierra Leone and Burkina Faso.

On the other hand, the UN report refers to four categories within the aforementioned human development: