What is the waybill and what is it for?

The Waybill is a transport document which is a legal document of a declarative nature that proves the existence of a transport contract. Informs about the terms in which the agreement was produced and attributes rights to the transported merchandise. In addition, in some cases, it is enforceable by the Authority if a verification is required. Although its best known function is to serve as a receipt for the merchandise by the carrier, it has many more practical applications in commerce, which vary depending on the means of transport to which it refers and the type of goods that are being transferring

Knowing what the bill of lading is for is the first step to understand a little more the scope of this document, essential in the transport of goods. However, not knowing about the waybill should not be limited to its functions, but should go further, if you want to have the ability to enjoy its use with full guarantees and in optimal conditions.

The bill of landing, that document that is signed many times without being given greater importance, has many important functions that need to be known. It is issued by the transport company, whether it is a shipping company, an airline, a road or rail transport company. They come in various forms and each serves several, but not necessarily all (except in the case of negotiable bill of lading), of the following functions: 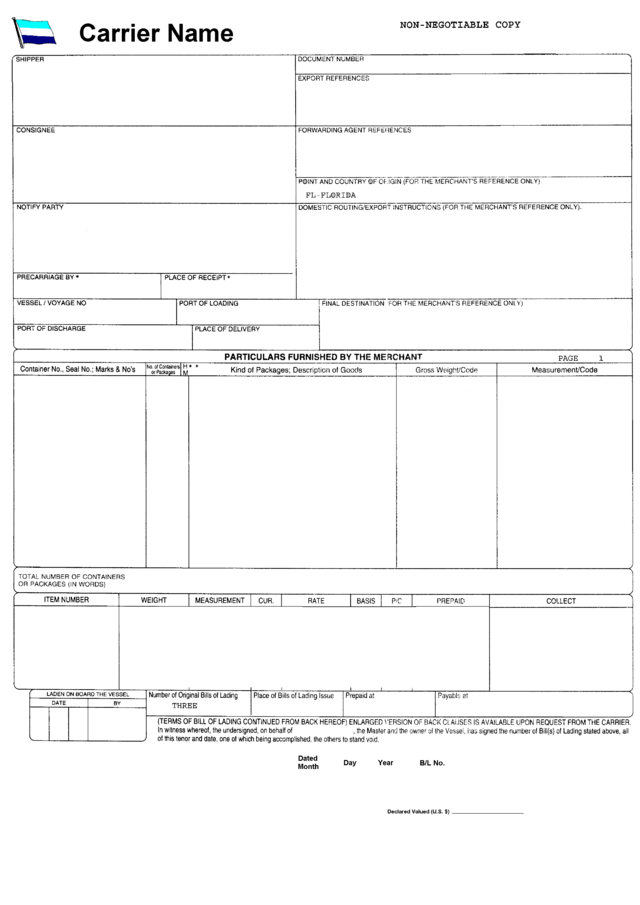 The use of a waybill raises, sometimes, some doubts to the users. Among the most common are those that refer to its content, scope or conditions. To avoid problems and transport delays that may affect operations, it is convenient to know everything there is to know about this document and, for that, nothing better than to solve some of the main issues that arise to those who use it, such as the following:

The waybill to be valid and useful throughout the distribution network must contain minimums: